A Pavilion without a Name

This pavilion was built as part of IN LIMINE, a student-organized event for RCA 2021 with the topic of searching for a liminal space. We invited three guest speakers to talk about how their practice weaves in between both physical and digital sites. Additionally, also in response to the idea of "in between", the student team designed and built this pavilion in which we attended the talk.

Although the plan was originally to build the pavilion on a campus location, we ended up choosing an outdoor area in Wormwood Scrubs, a large expansive field in west London. It was set up to have three sections of different heights that allowed three forms of interaction - lying down, sitting, standing, and we chose a cotton fabric that would both stand out (color) and blend into (organic feel) the landscape as well as provide some shade from the sun. 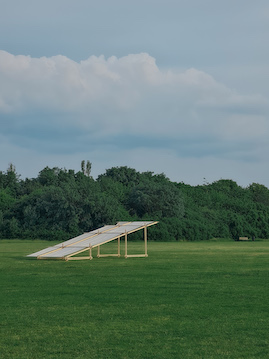 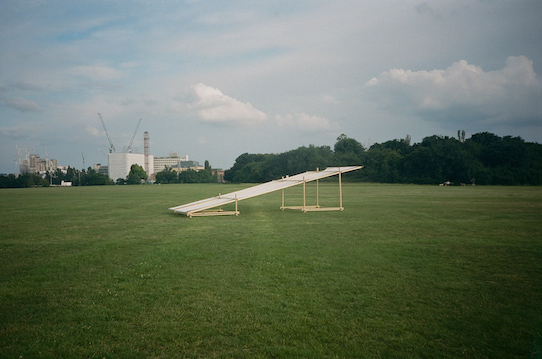 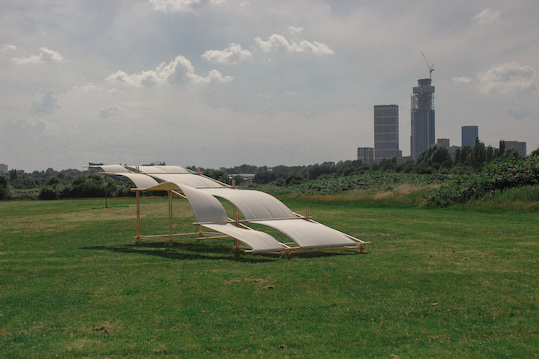 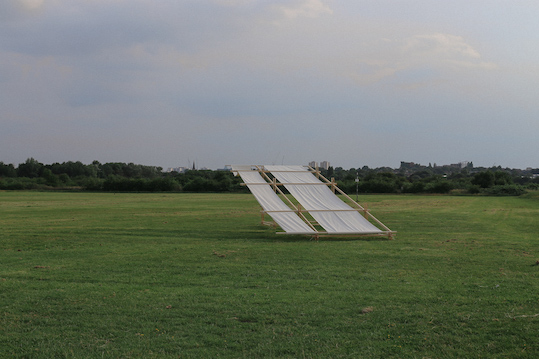 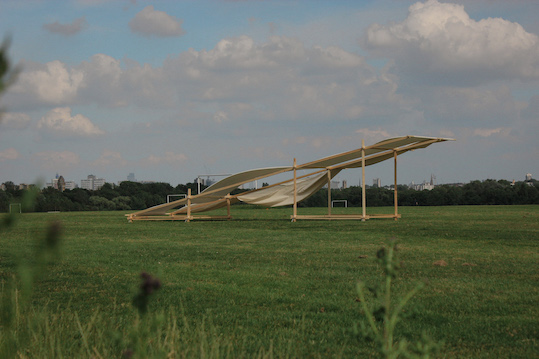 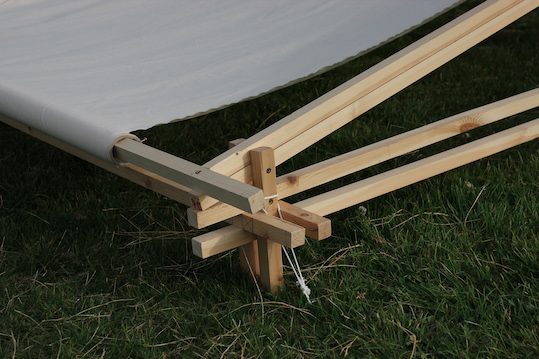 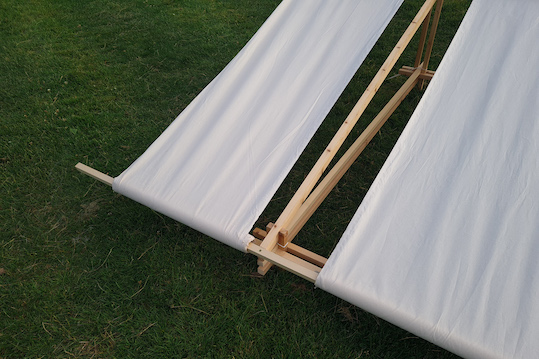 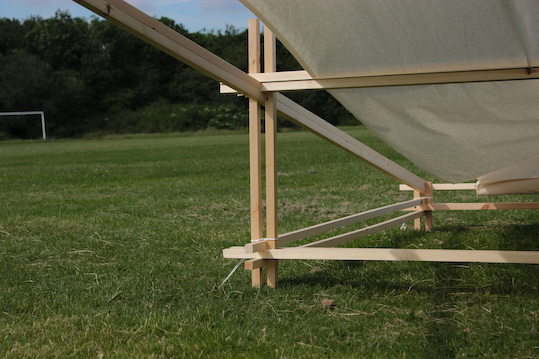 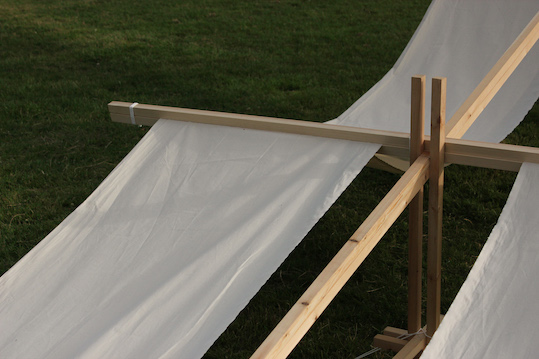 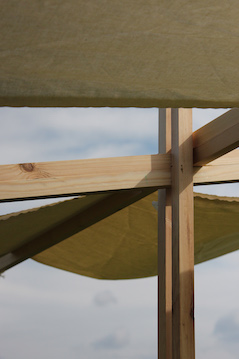 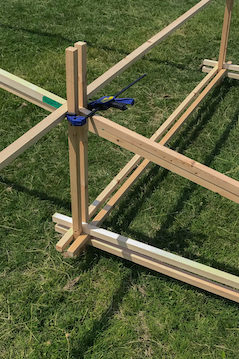 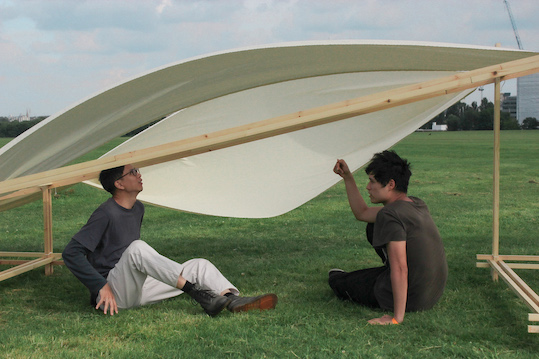 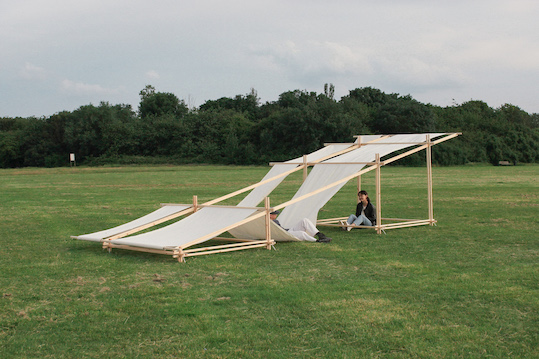 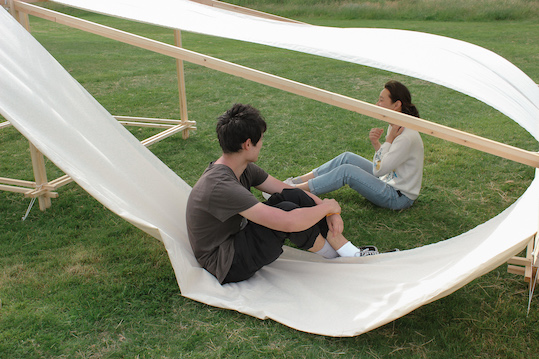 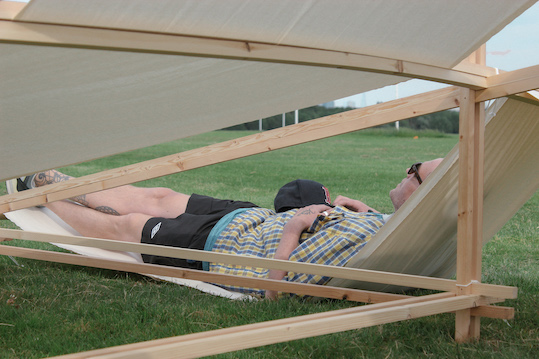 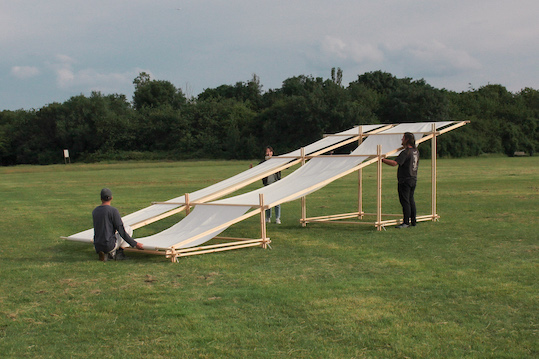 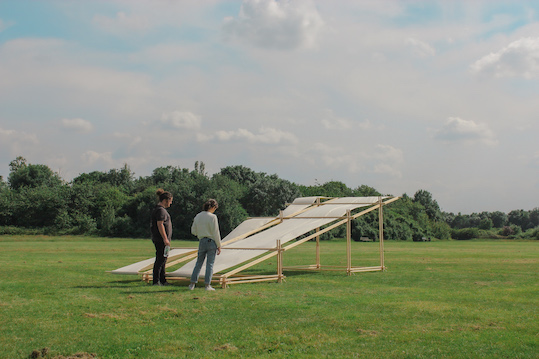 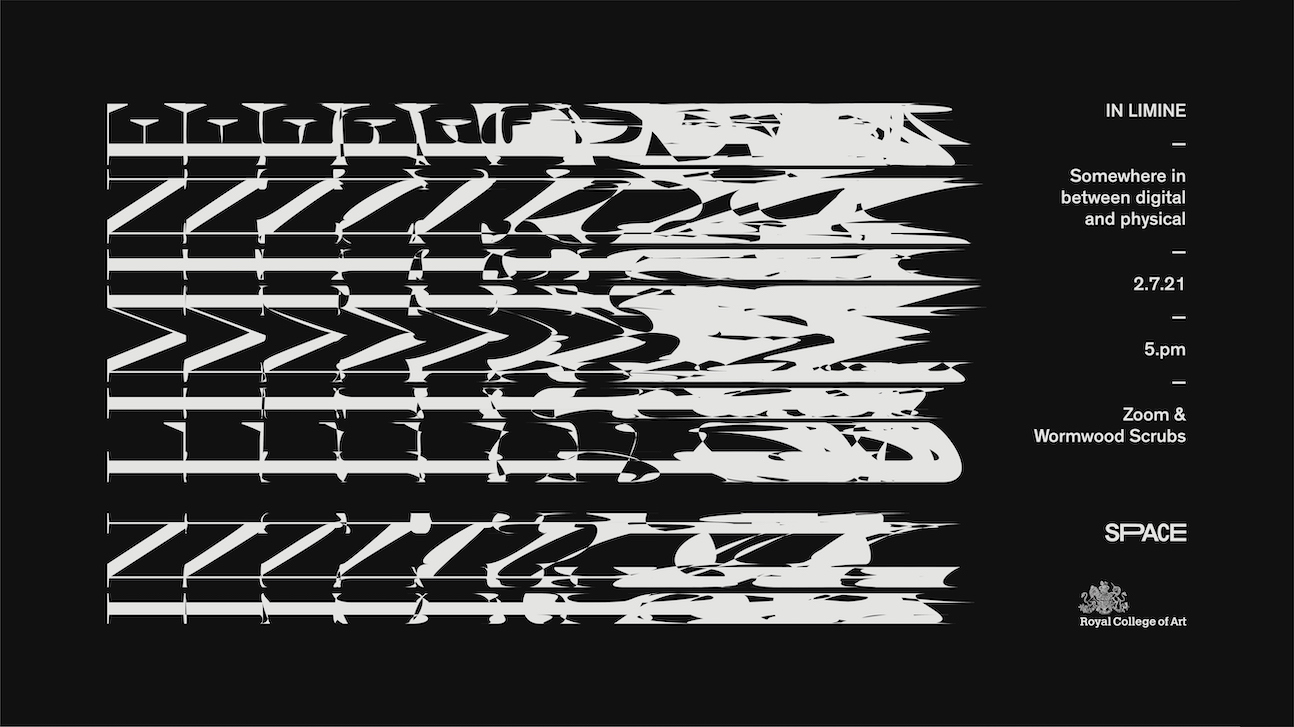 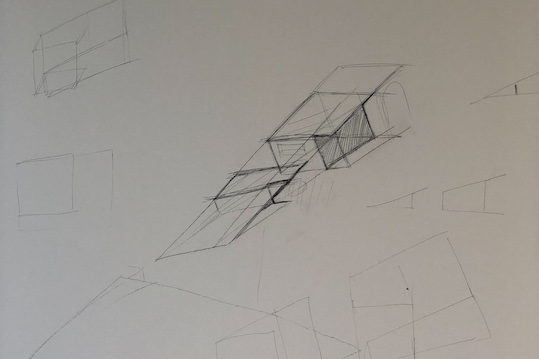 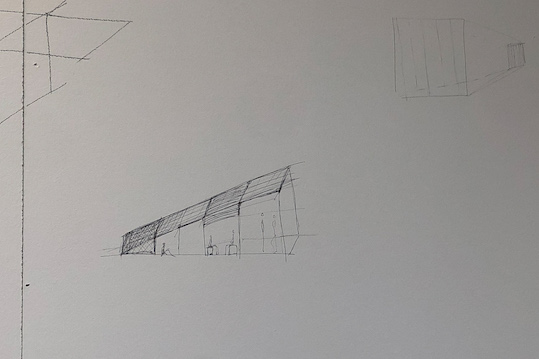 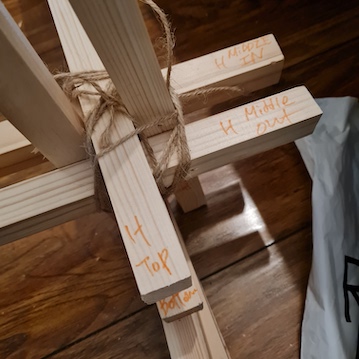 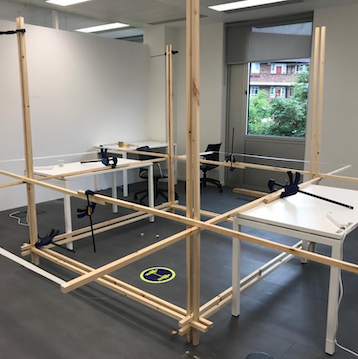 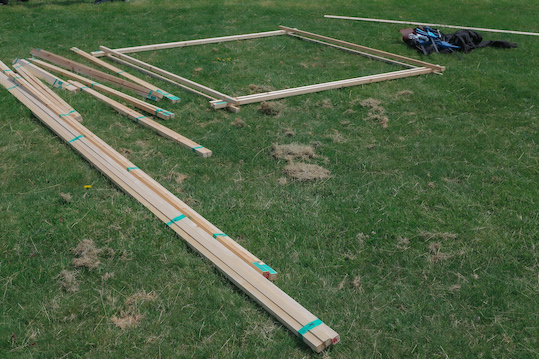 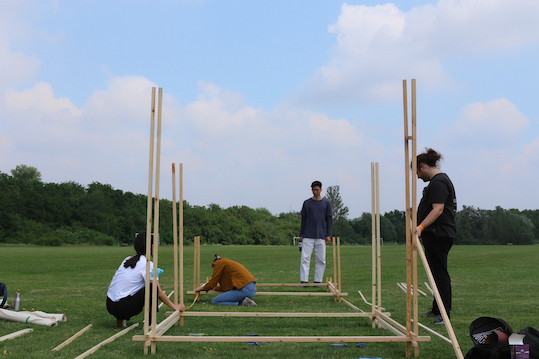 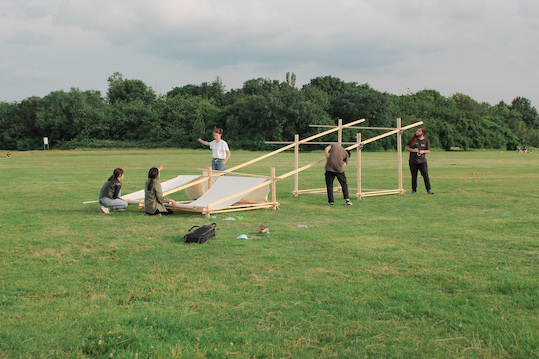 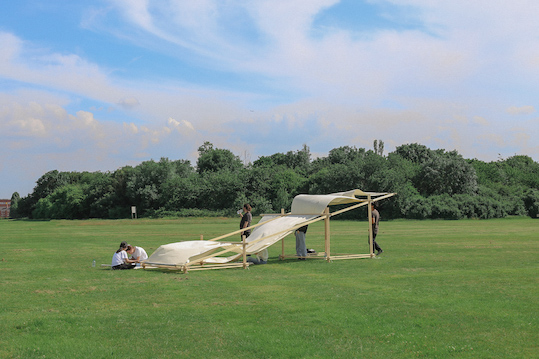